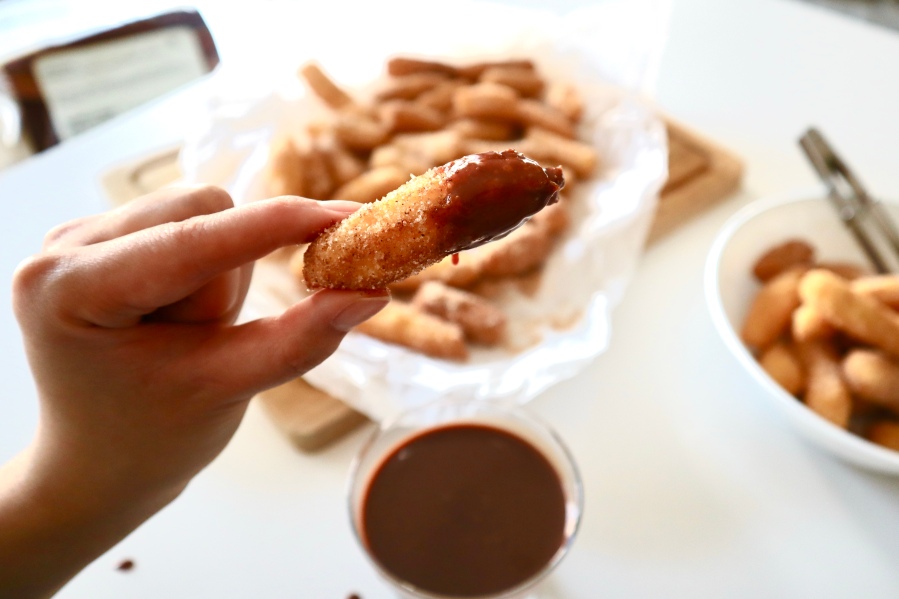 I’ve been in the habit of looking at old photos from my travels a lot lately — to the point where I think it may be a little bit unhealthy. The album I find myself gravitating to a lot lately, is the one where I was in the Philippines. Every time I look at it, I wish I had taken more photos, tried more things, wasn’t so shy to be a tourist in the place I was born, but then I commend myself for living in the moment as it was going on. I try to think that maybe it’s okay I wasn’t busy taking pictures, and that I was busy taking in the scenes around me. The experience I had by visiting the Philippines was quite the unique one compared to my other travels, and you can read all about it here. The first photos in my album from Philippines are a few photos I took on my phone of some churros we bought at the mall, which happened to be quite the pick-me-up during that time. It brought on a little nostalgia, and a big craving for deep-fried cinnamon sugar dough. 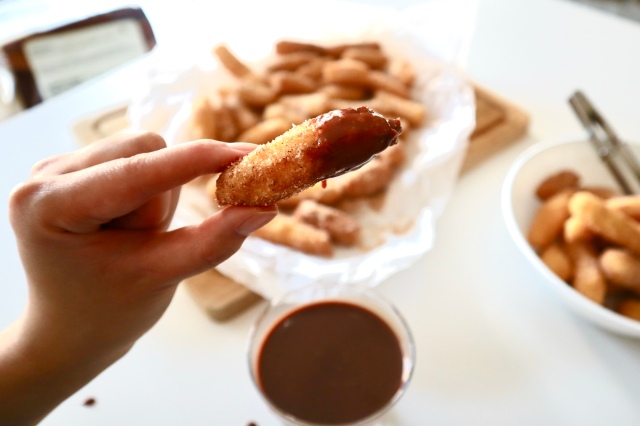 Churros are one of those food items that I associate with happy moments. Easily found at Rib Fest, the CNE (one of Toronto’s biggest summer events), mine and my fiancé’s favourite taco joint (of course), Philippines, smack in the middle of the mall when we were hangry — all moments that I may not experience again for a while. So maybe it’s another way of coping with the pandemic, but all of a sudden three weeks had passed and churros stayed in my thoughts. I think during rough periods of time, people always tend to gravitate to comfort food. Food that is heavy, greasy, fatty, sugary, and straight up delicious. I know I do, anyways.

So after enough time had passed, I decided enough was enough. It was time to attempt to make churros from home for the first time. I was always under the impression that churros were just choux paste, but deep fried instead of baked. So the first thing I did to test out this theory was take my choux paste recipe, make it as normal, and then put it into a piping bag, and deep fry it. The result was far off from what I thought it would be. The end product had become more similar to a crueller doughnut — super fluffy, fragile, and tender.

Then that’s when I realized the two were definitely not the same thing. When I was in baking school, we used choux paste so often. We made cream puffs, éclairs, religeuse, gateau St. Honoré, and paris-brest, which was choux paste piped using a star tip in a circle, and filled with praline cream. Basically a crueller but baked and stuffed. How did I not put these together in my head? I somehow thought deep frying the batter would yield a totally different product. So I went back to the drawing board.

In order to change it from choux to a churro I decided to change up my ratios. I increased the water and decreased the butter for a crispier, less tender product. I also reduced the eggs so that I could have less chew, less fluffiness and aeration. I increased the flour slightly in order to have more body to the churro and a stiffer baked good that would hold it’s shape better. This was the result. If you plan on making this, I highly recommend that you also make the spicy chocolate sauce to go along with it (recipe below). Feel free to check out the video tutorial below or on Youtube @ ally bakes. 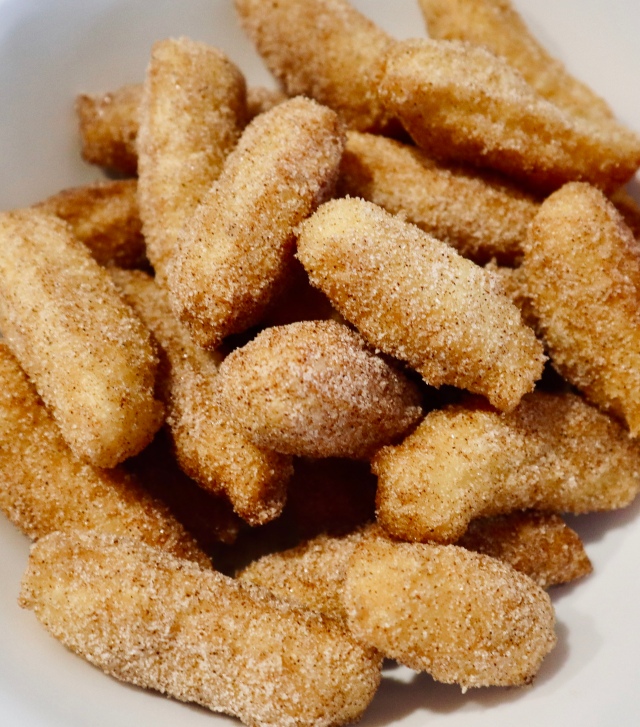 This recipe makes about 3/4 cup of sauce, a perfect amount for the churro bites above.