I recently did a fun little Q&A on my instagram story, telling people to ask me any kind of questions they had about Cedrik (my fiancé) and I. Someone asked if we could make  video where Cedrik bakes and I tell him what to bake, and it actually turned out to be quite the challenge, considering that Cedrik had never baked a cake, let alone bake a cake from scratch. The funniest part of the whole thing was that I was the reason why it turned out to be such a disaster — I handwrote the recipe from my laptop onto a little board for Cedrik to follow, and I accidentally wrote 225g of sugar instead of 125g, making the sugar ratio completely off. We ended up making three batches to rule out a bunch of possibilities on why the cakes might have come out so deflated. We narrowed it down to three possibilities:

After realizing what had happened while also running out of ingredients, we were able to salvage two layers of cake, which was enough for Cedrik to decorate. He has never made buttercream before, so I decided to let him make coffee-flavoured American buttercream, since it would be quick and easy to throw together. I was pleasantly surprised to see how he masked the cake and in the end it was pretty presentable if I do say so myself. Sadly, the cake was overly sweet due to the extra 100g of sugar, and the addition of American buttercream, but still a good lesson/experiment on finding out what went wrong while baking. For the real chocolate cake recipe, read here.

Feel free to watch the video down here: 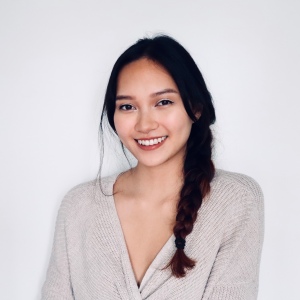